I participated in the Pistol Ultra race this past weekend, but “only” logged 15 miles. While the common distances at the event are 50K (31 miles), 100K (62 miles), and 100 miles, a couple of buddies and I formed the team Run for Fun and did the 50K relay. 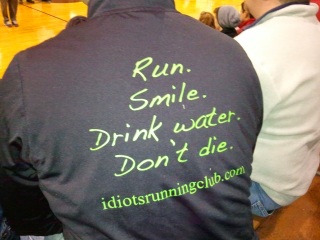 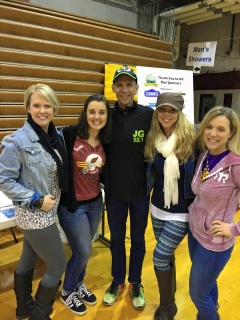 An evening (or morning or afternoon) with these ladies guarantees plenty of laughs and general craziness, and this was no exception. 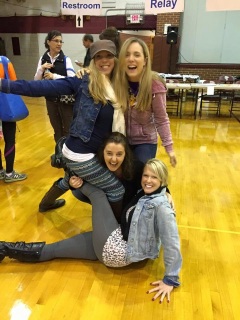 My friend Christal, who had originally signed up for the 50K, only to upgrade to the 100K, had gotten a hotel room minutes from the starting line so we had a bit of a slumber party before hand. 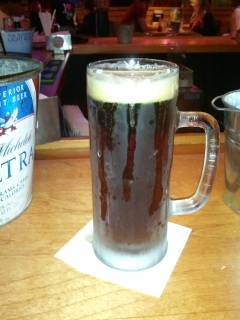 The restaurant right next to the hotel made my traditional pre-race beer easy, before we headed back to the hotel room. Of course we stayed up chatting until well past my bedtime, but without the pressure of a time goal of intimidating mileage, I wasn’t worried. 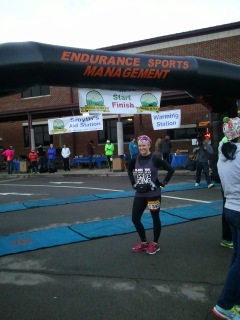 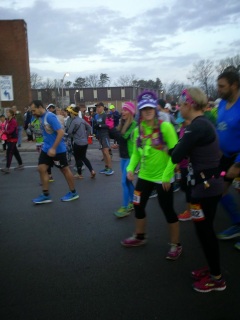 We got to the starting line early to see Christal and Johnny (Run for Fun‘s runner #1) off. Estimating his pace at approximately a 9 m/m, we had about 90 minutes to kill before I ran. Back at the hotel I’d eaten a biscuit with gravy from the free breakfast, knowing that I had plenty of time to digest. 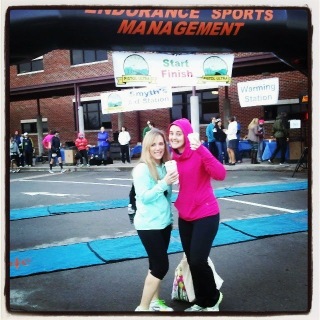 The Ultra experience is so different from other races I’ve participated in. Given the 30 hour time limit & chip times, people were registering/starting the race after the gun and didn’t seem the least bit nervous about it. Crews had tents, tables, and mini-aid stations set up on the sidewalk near the start/finish. 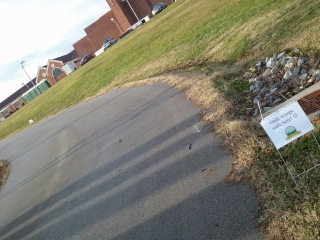 Each loop (3 loops were required for the 50K distance) contained 2 out and back portions. The first was 9ish miles, and the 2nd approximately 2 miles. The runner will cross the start finish line before actually being finished. Seeing Johnny around mile 9 allowed me to get prepped before he came back up the hill for the exchange. 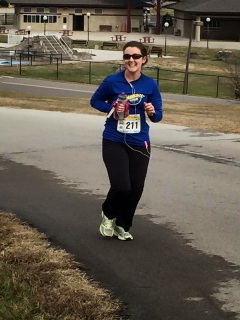 The out and back nature of the course also meant that very little time on the course was every spent alone. There would most always be someone faster than me headed the opposite direction, or else someone slower than me. The slower pace of the long distance made cheering for other runners far easier, and caused the miles to seem as if they were flying by! 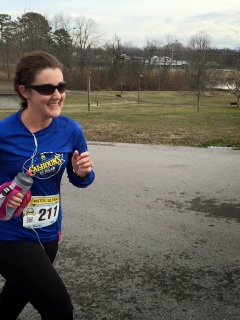 Before I knew it, I topped the hill and headed into the exchange zone. I’m currently training for a spring marathon and my training plan called for 14 miles, and my relay leg only netted me 11. I decided to accompany Amy for a mile or 2 before heading back to the start/finish. 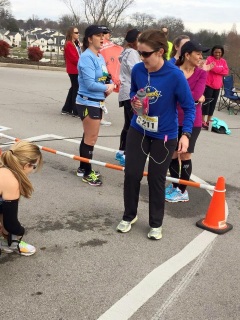 2 miles into the course (mile 13 for me) I stopped at the aid station my buddy Blaik was working, but Amy continued on the course. I ate some pretzels, had a cup of Dr. Pepper before turning around and heading back to the start finish line. The aid stations were top notch when it came to fuel! 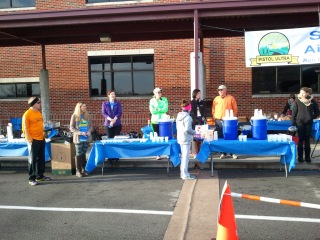 While I should have been changing into dry clothes and stretching, I found myself along the side of the route, cheering runners as they approached the start/finish. Very few were actually done, but were glad to accept cheers as they began a new lap of their journey. 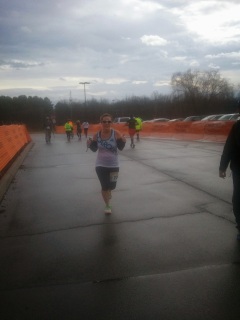 Amy finished up strong for the team as we accompanied her across the finish line. Then it was time to report in our time, collect our medals, and start planning to run the full 50K next year. 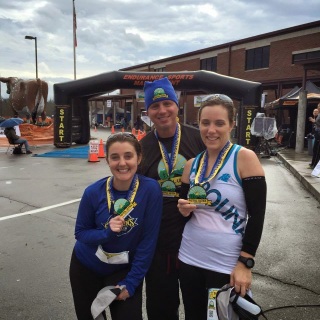 I’m still not sure what our official time was, but we were 8 out of 24 total teams. Not bad for 3 crazies doing it “for fun!” 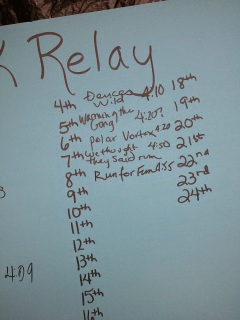 3 thoughts on “My First Ultra Marathon – Sorta, Kinda, Not Really”